Our Hiking Difficulty Scale is based on the classification of the Swiss Alpine Club. The scale goes from T1 to T6, whereas ‘T’ stands for trekking, and you may find a more detailed breakdown of the type of terrain involved and respective requirements in the chart bellow.

Each mountain and alpine hiking tour must be evaluated under the assumption of good conditions, i.e. good weather and visibility, dry terrain, appropriate snow and firn cover, etc.

A serious misunderstanding, leading again and again to tricky situations, is the belief that hiking stops where the Alpine Climb Scale begins. In reality, an alpine hike in the upper range of the T5 and T6 difficulty is usually significantly more demanding than for example an ‘F’ rated Alpine Climb. A major difference, as compared to an easy Alpine Climb for example, is that in case of a T5 and T6 hike one can rarely or almost never use protective gear such as a rope or other equipment, meaning that the terrain must be perfectly mastered. Often this requires high technical as well as psychological skills. Typical examples are extremely steep grassy slopes, scree, pathless steep slopes with jagged rocks or very exposed ridges. Due to their different characteristics a typical Alpine Climb and a typical extreme hike can hardly be compared, but one can assume that a T6 hiking route requires a similar set of skills and experience as an Alpine Climb up to WS. 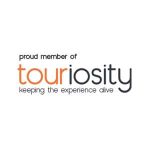 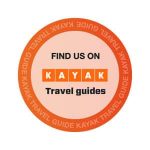