If you have stumbled upon this blog, you must be a passionate wine lover. Or at the very least you are someone who really enjoys good wine. Nevertheless, chances are you never picked up a bottle of high-quality Bulgarian wine from the shelf, unless you are an expert in the field. You are also probably unaware that Bulgaria is a major wine producer and a fast-emerging destination for wine tours. So, you must be asking yourself right now:

What is so special about Bulgarian wine?

There is a short and long answer to this question. The short answer is that Bulgaria is one of the biggest wine producers in Europe. We have plenty of boutique wineries and some spectacular and unique wines.

However, if you are interested in the long answer, let’s start from the beginning …

A Brief History of Wine-making in Bulgaria

Wine and wine-making in Bulgaria have a long-lasting history. Wine is inadvertently linked to our cultural heritage.

Historical and archaeological research suggest that wine-making in Europe most likely originated on the territory of nowadays Bulgaria some 5000 years ago. One of the oldest civilizations in Europe, the Thracians, were renowned for their mastery of vine-growing and wine-making. Plenty of ancient Greek and Roman texts speak of the Thracians as the first men to cultivate vines. Most importantly, they were the most proficient makers of this “divine drink”.

The famous Greek philosopher Aristotle spoke of the Thracian mythical wines, which were so rich and dense that the Greeks had to dilute them with water before drinking. By the way, the first ever known god of wine belonged to the Thracian pantheon. He was later adopted by the Greeks under the name Dionysus. All Thracian cults were strongly related to the “divine drink”. Consequently, most Thracian archaeological artifacts found to date have a clear connection to wine.

During the early Middle Ages, the qualities of local wine were recognized by many of the first knights-crusaders, who found it superior to West-European wines. Once tasted, it gradually made its way tо European courts with the help of Dubrovnik merchants.

More recently, in the 1930’s, Bulgaria was the leading wine exporter in Europe. A couple of decades later, while we were still a communist country, Bulgaria was among the top ten wine producers in the world. Though, it is fair to say that this came at the expanse of quality.

Ever since, it has been an uphill battle for local Bulgarian winemakers to change this perception, but we are getting there!

Something that makes Bulgarian wine quite unique are the indigenous Bulgarian grape varieties. Most of them originate from the times of ancient Thrace. Since you probably never heard of them, let us tell you a bit about them. 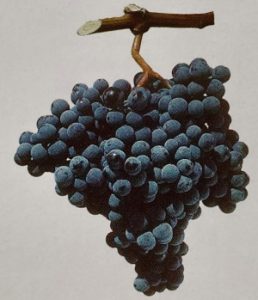 This is probably the most famous Bulgarian red variety. Mavrud wines have a rich ruby color. They are high in tannins and acids and often develop aromas of wild berries. They can age very well and are quite complex.

Known as the broadleaved Melnik vine, you can find it only in the area around the small town of Melnik in Southwest Bulgaria. This red wine is rather pale. It has high acidity and a very distinct fruity flavor you won’t find in any other variety. It often develops tobacco aromas. 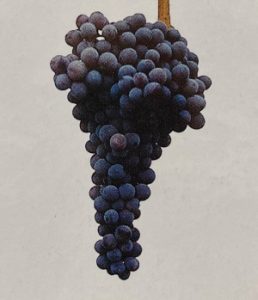 This used to be the most widely spread red grape in Bulgaria. It could be found almost in every garden. Pamid wines have a light body with low acidity. They cannot age well but make a great rose and can blend well with others. 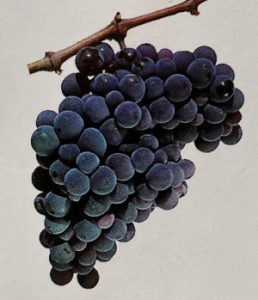 This red wine is not that intense in color and displays red fruit aromas. It has an interesting freshness to it and mild tannins. Unfortunately, the quality very much depends on the vintage and the sub-region. 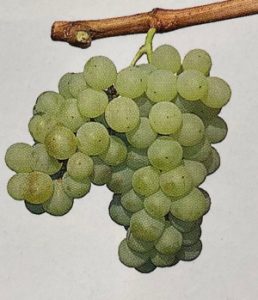 Legend has it that this grape was brought from the Nile Delta to Europe by the Crusaders. This is probably the most popular white wine variety in Bulgaria. It is quite light and very aromatic.

Although pink in color, this is a white grape variety. It is the most frost-resilient of all indigenous species. The wines display floral aromas and sometimes, a touch of roses and/or yellow fruit.

There is one more variety worth mentioning. However, it is not an indigenous but rather a hybrid grape. This is Rubin – a cross between Syrah and Nebbiolo. The red wines from Rubin are simply spectacular. They are of a deep ruby color with red fruit aromas.

Bulgaria is a relatively small country, though it has a very heterogeneous topography. On only 111 000 sq.km we have high and low mountains, forests, plains, valleys, desert areas and the seaside. All of these make for a very interesting mix of micro climates and soil conditions, which results in five distinct wine regions.

Every wine region in Bulgaria is quite unique and some even have several sub-regions. If you are interested to learn more about these wine-growing regions, check out the Video Guides prepared by our friends Zina and Vasil from Bulgaria Wine Tours.

This is all we have time for today. Hopefully, you have learned something new and we were able to inspire you to pick that bottle of Bulgarian wine from your local wine shop.

If you have any follow-up questions or wish to include a wine tasting or specialized wine tour on your next trip to Bulgaria, please feel free to contact us. You can also reach out any time if you have any questions at all about traveling to Bulgaria.