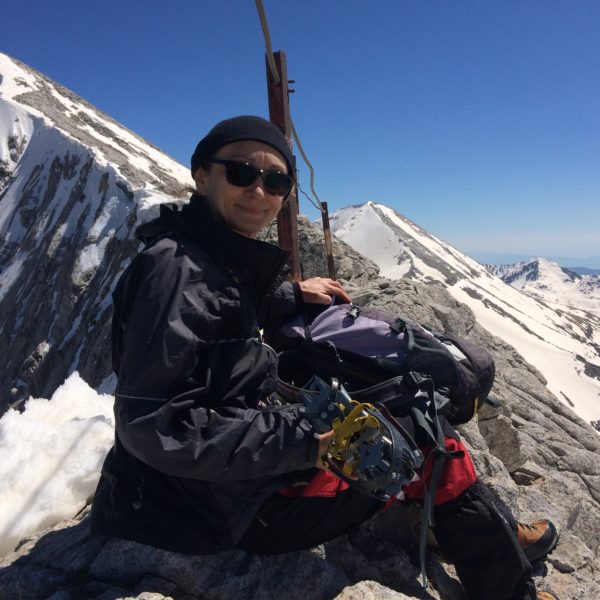 Vanya is our hobby historian and of course, a licensed tour guide. If you’re eager to debate some of the indisputable or rather controversial moments in Bulgarian history – she’s the man … or woman in that case!

Vanya is not only a sports science graduate but also an athlete at heart. She graduated the former Higher Institute for Physical Education and Sport ‘Georgi Dimitrov’, known nowadays as the Bulgarian National Sports Academy. Vanya is a master of sports in 400 m hurdles, which probably explains why she purposefully seeks out and overcomes any difficulties not only in her work, but also in her free time.

Vanya enjoys skiing and swimming, however cross-country cycling and mountaineering are her true passion. She loves high mountain peaks, where she can almost “touch the stars at night and roam the ridges during the day, looking down the slopes and feeling like a soaring bird.” Still, if you ever join Vanya on a hike, three things are dead certain: 1) you’ll end up walking at least some 10 hours strait; 2) you’ll pick the most difficult route for sure and of course; and 3) most important of all – you’ll definitely get lost in a dwarf-pine plantation! Or, as Vanya likes to say, it would be boring otherwise, right!?

And here is some insider info for you. Vanya has been working in the field of aviation security (on both national and international level) for more than 20 years now. Therefore, be careful what you say out loud as the agent in her never sleeps!